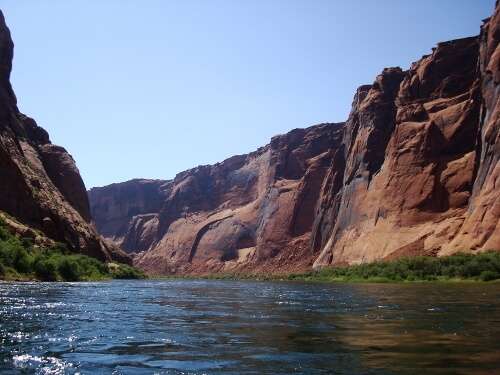 10 Of The Most Beautiful Mysterious Places On Earth

I am sure we all have our own places around the 🌎 globe that we find to be very mysterious looking.

I received a request from an avid reader of mine, to submit a guest post on what he considers as his picks for the – 🏞 10 Beautiful Mysterious Places On Earth.

I hope you enjoy what Ali has picked, but first do check out this excellent 📹 video clip from mojo travels, on their best picks!
Robert 🙂

What Is Beauty Without A Little Mystery?

It was so hard to pick the ten most beautiful places on earth, especially ones that hadn’t yet been explored by countless other writers, so I decided to give it a little bit of a twist.

A lot of unexplained natural and man made mysteries, are put down to 🛸 alien intervention. It certainly makes for a simple (but weird) explanation and a great deal of gossip! 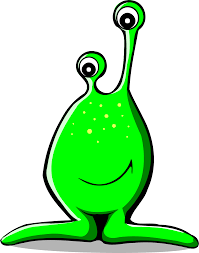 Ancient Alien theorists, believe that 🛸 aliens visited earth thousands of years ago and were hailed as Gods.

Their (supposedly) godly creations are viewed by historians and archaeologists today, as marvels and mysteries of ancient civilizations.

Some of the most hauntingly beautiful spots on earth, are thought to have been the work of little 🛸 green men. Maybe they needed “space ports” or inter planetary vacation spots. 🤔

Talk about faith in the power of the human mind!

Beautiful Mysterious Places On This Earth 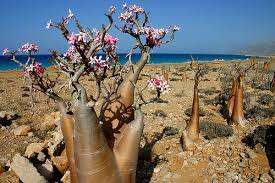 If, by some fluke of nature or science, you go to sleep in your own bed and wake up on Socotra Island, you’re bound to wonder which planet you’re on.

This African Island is home to rare species of plants and animals, found nowhere else on earth.

Sounds like an ideal “other-world” vacation spot for aliens looking for a home away from home.

Looks beautiful, but its definitely not human-friendly!

The extreme conditions of this Martian looking landscape are unique on Earth but not in the solar system!

Scientists believe there are similarities with other locations in the solar system thought to contain liquid water (is there any other kind?) ❓

Remnants of a weekend getaway?

The Pyramids At Giza In Egypt 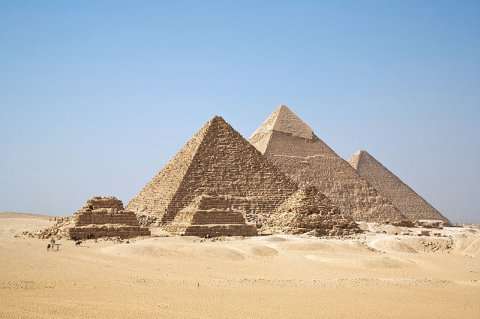 The only remaining 7th wonder of the ancient world, the pyramids at Giza are have a majestic beauty looked upon with reverence and wonderment by modern man.

There are various theories about how the pyramids were constructed. The position of a pyramid was determined by many factors.

The most prominent of which is the positioning of stars, especially the constellations of; 🌟 Orion, Plough and Ursa Major.

Was this fascination with astronomy brought on by alien visitations? ❓ 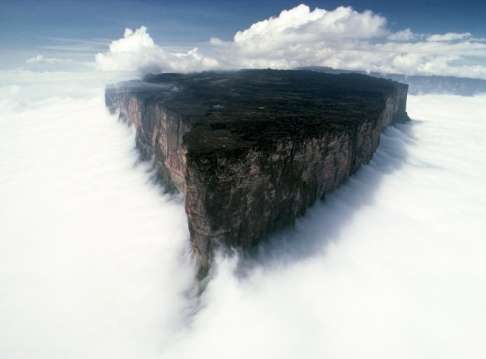 The table top mountain is home to 🌿 plant and animal species not found anywhere else on the planet, and is considered to be one of the oldest geological formations on 🌎 earth.

The mountain’s other claim to fame is the – HUGE number of UFO sightings that occur on the plateau.

Rising out of a mysterious jungle and surrounded by mists – could it be more other-worldly?

The Stonehenge In Wiltshire – England 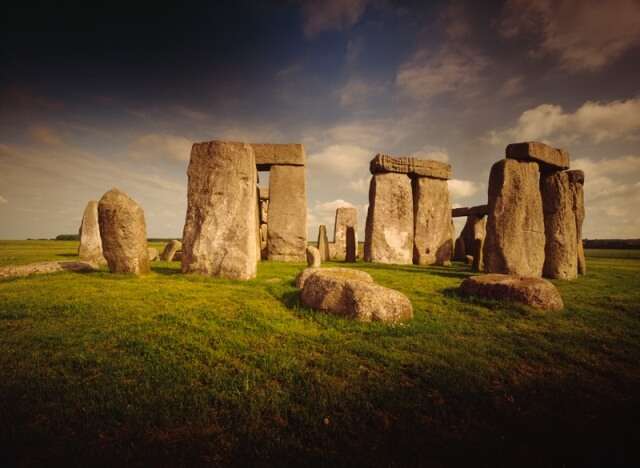 Situated in a vast plain, this imposing structure is surrounded by an air of – magic and mystery. The huge ring of stones adds its own beauty to the famous English landscape.

The concentric rings are (supposedly) related to the 🌄 rising of the sun. Did the early Britons already have astronomical knowledge or did they have some help from up there?

The truth is out there somewhere! 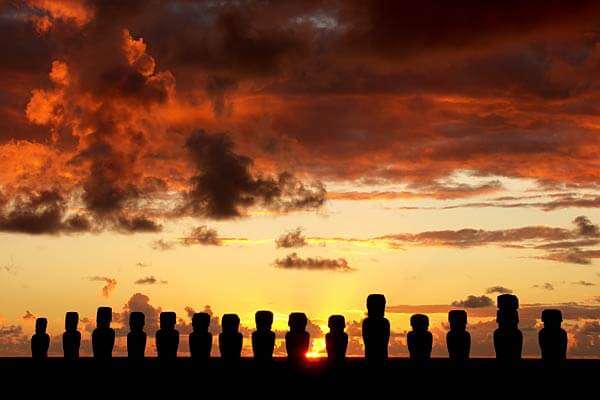 Located in the 🏝 South Pacific, this isn’t the most easily accessible vacation destination, but isolation certainly has its advantages.

Easter Island has managed to maintain a modicum of peace and privacy, not to mention the spectacular archaeological heritage that remains safe.

“🗿 Moai, or mo‘ai, are monolithic human figures carved by the Rapa Nui people on Easter Island in eastern Polynesia, between the years 1250 and 1500.”

Not only will you be able to enjoy the beautiful landscapes and endless not-so-crowded beaches, you can view and ponder over the 🗿 Moai – a series of gigantic stone statues which line the coastlines and are the island’s main attraction.

Each statue weighs about 14 tons, some even more and they are over 500 years old! Has to be the work of aliens, right?

The McMurdo Dry Valleys In Antartica 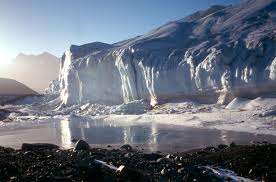 This is the largest 🧊 ice free zone in the otherwise icy continent and you thought deserts were hot places!

Scientists consider this valley to be the closest environment to Mars and a testing ground for possible – extra-terrestrial life.

Hey, maybe Yeti is an ancient life form left behind years ago, to terrorize earthlings and remind us that – “we are not alone”. 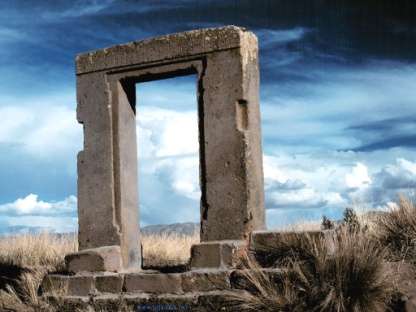 What better way to appreciate beauty than the place where the world was created?

Tiwanaku is said to be the mother of American civilization and is a stunning example of – Inca architecture and design.

Where do the aliens come in? ❓

Part of Tiwanaku is Pumapunku – megalithic stone structures that appear to have been cut and designed with machines. Ancient Incas were kind of short on machinery, so they probably had help from extraterrestrials.

The Nazca Lines In Peru 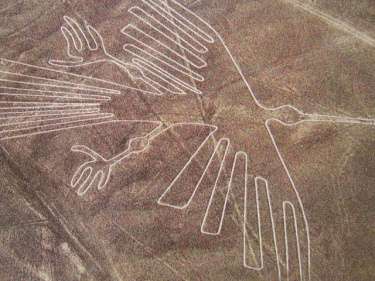 200 miles south of Lima, this amazing phenomenon is found in the – 🏜 Nazca desert.

Enjoy the amazing cuisines and colonial architecture of Lima, while exploring the beautiful and mysterious desert.

Etched into a plateau, the mystifying lines and drawings are best viewed from a plane but there is an observatory as well.

Since the Nazca people didn’t have aircraft back in 300 BC, the simplest explanation is that the 🛸 aliens needed landing signs and runways.

The Richat Structure In The Sahara Desert – Mauritania

The Richat structure is an elliptical feature that looks like it might have been lasered into the desert. It was initially thought to be the impact crater of a meteor (or space ship?)

It is now known to be a – dome made of “folds” in the earth.

This one is definitely scary looking and even 🚀 astronauts use it as a landmark from 🌌 space!

Contributing Assisting Author:  Ali Jan Qadir is passionate about art, food and fitness. He loves to shares things he has learned by experience.

I am happy to present this collaborative post in the hopes of offering some helpful travel inspiration and information to you.

“Cuba And North Korea Are The Only Countries In The World Where You Can’t Buy Coca-Cola.”
🌴 Follow Gr8 Travel Tips – Click An Icon! 🌴

🏝   8 Must Visit Attractions In Hawaii