Todd, N.C. — One couple’s journey through North Carolina ended up being more eventful than they had hoped.

Stuck on the side of an icy mountain road in their RV, Wayne and Shirley Ann May needed help, and a couple of North Carolinians saved the day with some old-fashioned southern hospitality and determination.

In their first trip as a married couple, the Mays were driving through Blowing Rock and Boone early in 2021, navigating strong winds, chilly temperatures and freezing roads. On the way to a campsite, they got stuck on a narrow road in Todd, an unincorporated community along the Watauga/Ashe county line.

They were on a completely frozen road, one that was uphill, with a cliff on one side and an embankment on the other.

“We didn’t realize the road was frozen solid. It was a sheet of ice,” said Wayne May.

The RV hit a patch of ice and slid backwards nearly 80 feet. 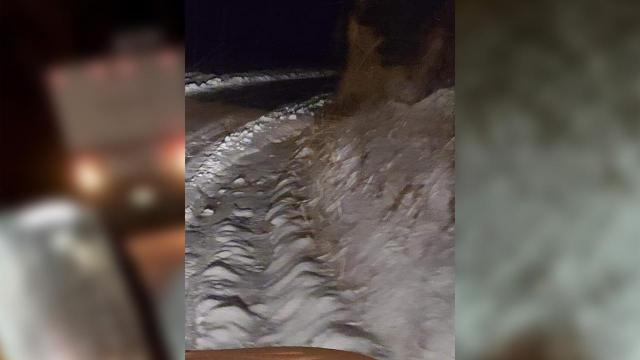 “I was petrified. All my worst nightmares were coming true,” said Shirley Ann May.

With the RV stuck and their doors lodged shut, they had to call for help. Because the roads were so dangerous, no one would come until the next day.

Wayne May eventually remembered he had AAA and called them for help. AAA representative Kelvin Rivers, based in Roanoke Rapids, searched for hours to find someone to go out and get them.

“Nobody else would help us; but AAA did,” said Wayne May. “They got us out of there. They didn’t tell us they can’t come up there, ‘we’ll see you tomorrow’. That meant the world to us.”

Rivers found Jason Miller from Hampton’s Body Shop in Boone. Miller was able to free the RV and help the Mays to safety. That included guiding Wayne May as he backed the RV downhill for more than a mile.  He said, “The road was like a snake.” 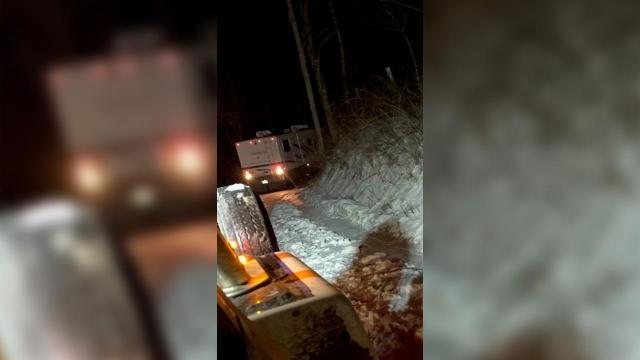 “The roads were pretty treacherous, but I didn’t want to leave anyone stranded. So I was going to try to make it happen,” said Miller.

Miller and the couple eventually got out of harm’s way. The Mays made their way back to warmer temperatures in Florida.

10 Best Free WordPress Plugins Every Travel Blog Should Have