Time travel in comics is as old as the books themselves. It’s been integral to rival DC Comics The Flash for ages and was a big part of Avenger: Endgame, putting a cap on the amazing saga of MCU movies before Phase four. There are times it’s been used to do nothing more than create a convoluted plot that didn’t make any sense.

RELATED: Marvel: 5 Villains That We Actually Feel Bad For (& 5 We Don’t)

Other times it’s given readers great moments, be it from an incredible storyline or moments that are so absurd that they go from awful to amazing. There’s no doubt been some great uses of time travel throughout the history of Marvel comics.

10 Dr. Doom Sent The Fantastic Four Back In Time & Gave Readers The Chance To See The Thing As Blackbeard

Comics before the 90s were free to do some amazingly silly things. Just take a look at Walter Simonson’s Thor. In Fantastic Four #5, Dr. Doom sent the team back into the era of Blackbeard, hoping they’d recover a gem he needed. The story itself is crazy enough, but what makes it so great is that it has The Thing posing as Blackbeard and wanting to stay in that era. It manages to be both simultaneously funny and character developing.

On the scale of ridiculous things the Hulk has done, what he pulls off in issue 135 of his Incredible Hulk series is at the top. Kang the Conqueror encounters a time storm preventing him from moving to the past. Rather than giving up, he decides to convince The Hulk to remedy his problem, sending him back under the promise of ridding the emerald giant of Bruce Banner. What comes next is Hulk literally punching time itself.

Of all the characters in Marvel, no one gets to deal with time travel more than Cable does. It’s always been his schtick and has made him feel unique among a sea of characters in the X-Men franchise.

His entire reasoning for coming back makes you feel for the character, even if he’s more than a little rough around the edges. He also got to play a large role in the Resurrxion storyline that allowed the X-Men to rejoin the elite of Marvel comics, undoubtedly a great use of time travel as a plot device.

7 Doomquest Let A Battle Between Dr. Doom & Iron Man Spill Out Into Camelot

Doomquest, a storyline that ran for two issues in Iron Man, is the perfect example of using time travel to create a fun story. There are continuity errors in it—namely that Doom is the ruler of Latveria when he shouldn’t be, but that doesn’t matter. Seeing Iron Man and Dr. Doom duke it out in the Camelot era is great. Sometimes cool moments like these outweigh the canon, and it also helped establish both men as true geniuses of their time as they use their armors to make their way home.

Whenever Marvel tries to make a younger group of heroes like the Teen Titans, it often feels inconsequential. Even the great Runaways felt on their own island for the majority of their run. With the Young Avengers, they felt unimportant until Iron Lad was revealed to be the future Kang the Conqueror, instantly giving it credibility. It gave the story stakes and created a complicated and compelling bad guy in Iron Lad.

Deathlok’s story revolves around time travel and trying to avert the apocalypse of his time, much like Cable in Deadpool 2. They are both no-nonsense characters, even if Deathlok looks more like a terminator than a man.

Rather than teaming up with Deadpool, Deathlok works with Nick Fury and The Thing. His stories tend to have a fair bit of action to them and are underrated uses of time travel in Marvel. Sometimes simple is the best way to go.

4 Avengers Forever Is The Crisis On Infinite Earths Of Marvel

While Crisis on Infinite Earths is more of a multiverse story in DC, it helps bring together a group of heroes that would never be capable of teaming together to defeat an insurmountable foe. Immortus is that foe, a being referred to as the master of time. Continuing that theme of time, the heroes are all pulled from various timelines, creating a super team of Avengers who can stand up to Immortus and stop him from killing Rick Jones. It’s a great fan service use of time travel.

3 Future Imperfect Introduced An Evil Future Version Of The Hulk

For as great a character as The Hulk is, he doesn’t have a surplus of great villains. Outside of Thunderbolt Ross, Leader and Abomination, there isn’t much to write home about. Future Imperfect introduced a new villain in Maestro, who was an evil future version of The Hulk. He was every bit Hulk’s equal, both physically and mentally. He’s only been a sporadic villain since, but the story forced Bruce and Hulk to confront some of their inner demons.

The Adventures of Cyclops & Jean Grey is one of the best time travel storylines in Marvel’s arsenal, and it’s because it doesn’t focus on a world-ending event. Sure, the pair help their son Cable defeat Apocalypse, but that’s not the focus of the book. Instead, it’s about Scott and Jean finally getting a chance to raise their son, all under the guise that Cable isn’t to know who they really are. It’s a great bit of character development for all involved and perfect use of time travel.

When time travel is brought up in Marvel, Days of Future Past is the first story many will think of, and for good reason, it’s the best of the bunch. It starts with a bang, centered on an apocalyptic future where the X-men are being hunted down one by one. To save themselves, Kitty Pryde gets sent back in time as the sole survivor. It’s a story that helps catapult Kitty in popularity and makes a fair bit of social commentary, as most great X-men stories from that era do.

NEXT: 10 Villains That Just Wanted Money 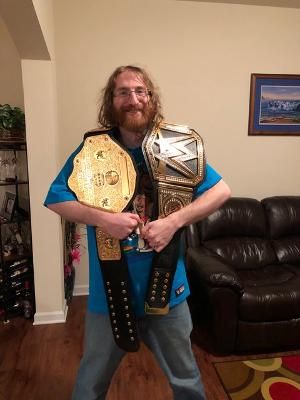 Anthony Mazzuca is an avid gamer, anime watcher, and all-around nerd for nearly his entire life. Escaping the life of retail, he’s able to express his passion to others through CBR. When not writing for CBR, he’s toiling away on a novel or streaming on Twitch. He’s also a wrestling fanatic, who can’t wait for shows to be filled with fans again. You can connect with him on Facebook.