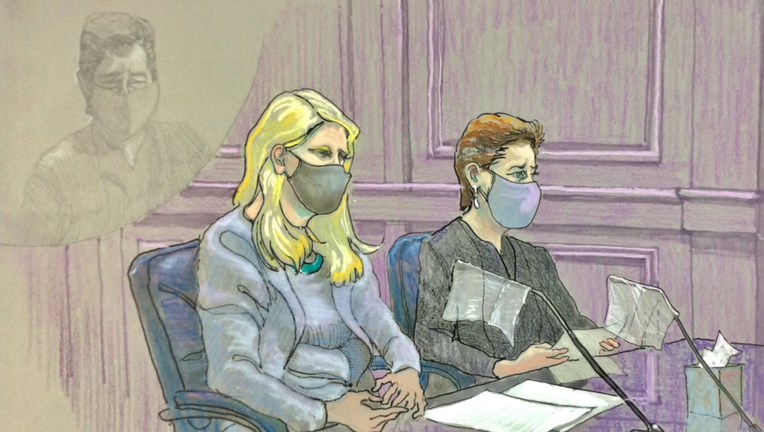 Beth Greenhill (R) was sentenced to 87 months in federal prison. The FBI determined she defrauded faith-based customers out of $1,310,102. (Courtroom sketch by Richard Miller)

ATLANTA – A Sandy Springs woman who pleaded guilty to tricking churches out of more than $1 million will soon be headed to prison.

Beth Greenhill, 58, was sentenced to seven years and three months in prison and ordered to pay $1,310,102 in restitution.

The company started in 2002. But in 2017, some of Greenhill’s clients learned at the last minute Mission Trip Airfare never actually bought their promised tickets, yet still wouldn’t refund their money.

A Sandy Springs woman who pleaded guilty to tricking churches out of more than $1 million will soon be headed to prison.

Judge Mark Cohen rejected her final motion, pointing out that her indecisiveness cost her the chance at a reduced sentence. US District Judge Mark Cohen told Greenhill her changing pleas was an attempt to “delay this day as long as possible. At some point you’ve got to sit down and face what you’ve done.” (Courtroom sketch by Richard Miller)

Those repeated motions to dismiss — as well as COVID — delayed the sentencing for more than a year.

Greenhill finally appeared before the judge Tuesday, hoping to convince him she was the lesser of two evils — a self-described Christian businesswoman who was not a crook, just someone suddenly horrible at her job. Or too confused to understand what she was doing to her clients.

She asked the court to sentence Greenhill to probation or home confinement so she could continue to work and repay her victims.

Greenhill offered several character witnesses, including Dr. Bob Jones III who testified by audio that Greenhill impressed him as a student at Bob Jones University in Greenville, S.C.

“I find myself without words to describe what I’m hearing today,” he admitted. 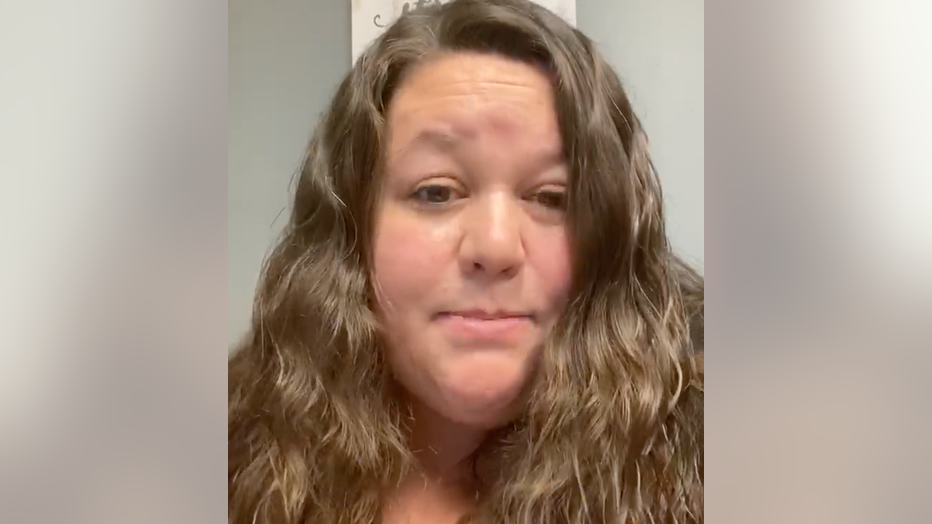 Sara Glenn of One Plus God Ministries testified by video that Beth Greenhill had cost her organization more than $100,000.

“We were forced to take out a loan and repurchase all the tickets that were lost,” said Sara Glenn of One Plus God Ministries in Marion, OH. “We lost over $100,000.”

Greenhill’s brother Jonathan “Andy” Greenhill was also implicated in the crime. Instead of pleading guilty, he chose to go trial. In 2020, a jury convicted him of six counts of fraud. He has yet to be sentenced.

“I’m asking for the highest possible sentencing for Beth and Jonathan who took money from people in need and never apologizing for it,” said Bill McAbee, another victim.

Fighting back tears, Greenhill asked her former clients for forgiveness. “I will spend the rest of my life working to repay you,” she said.

But Judge Cohen said, realistically, Greenhill will likely never be able to do that.

He called what Greenhill did “one of the worst cases of financial fraud the court has ever seen… because (the victims) placed their faith in a fellow Christian they knew and trusted.”