It was a time travelers’ party — but no one showed. And that was the point.

“I have experimental evidence that time travel is not possible,” Hawking told reporters at the Seattle Science Festival in 2012. “I gave a party for time-travelers, but I didn’t send out the invitations until after the party. I sat there a long time, but no one came.”

The Discovery Channel captured the event on video, which showed Hawking dressed up and waiting for time travelers to arrive at on June 28, 2009 at a specific location at the University of Cambridge. Hawking provided precise GPS coordinates, should there have been any confusion, or if anyone got lost while speeding through time and space.

Hawking didn’t send out any of the invitations until after the reception had passed, which was a critical component of the experimental design: Only those who could travel back in time would thus be able to attend. 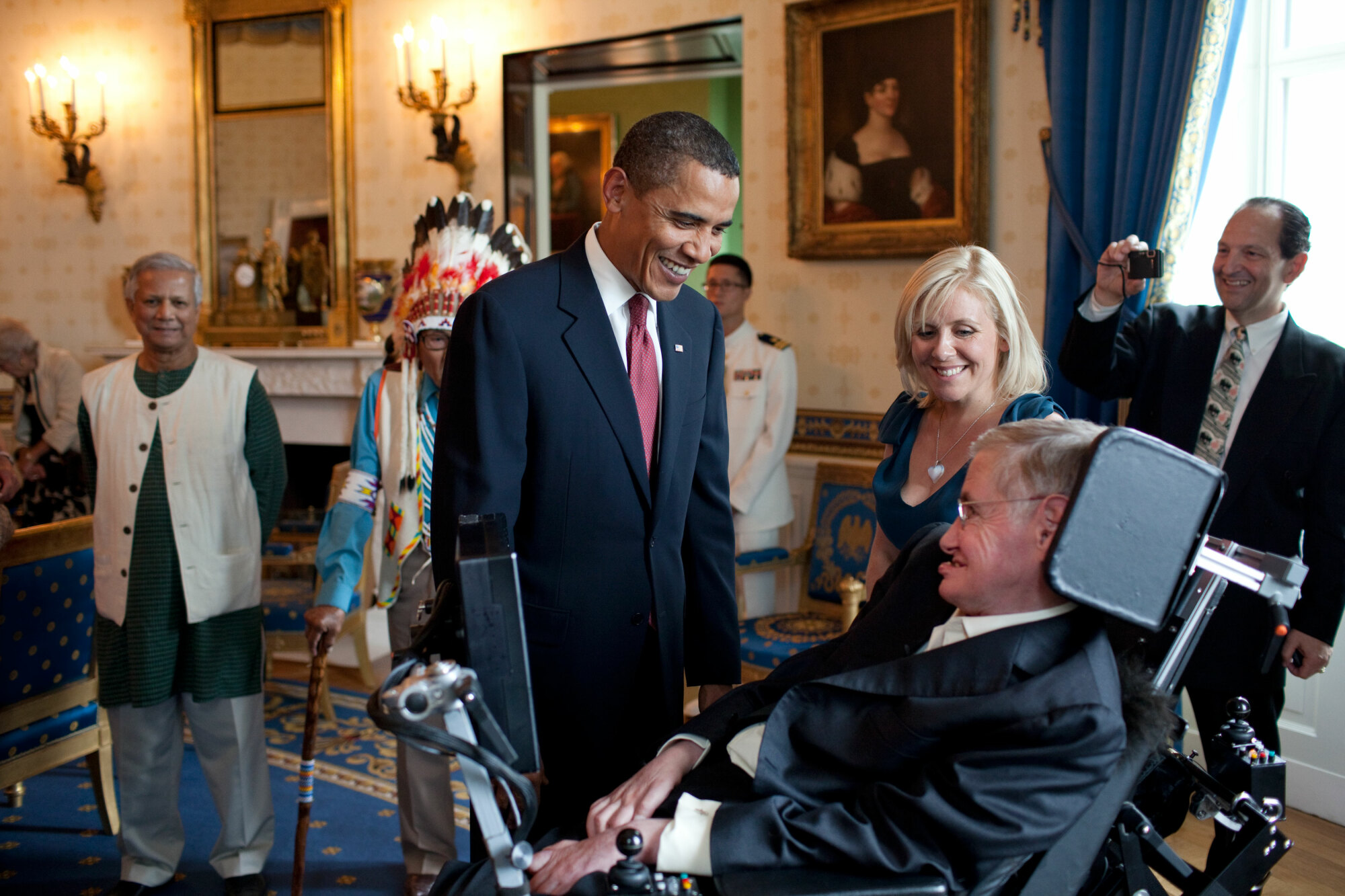 President Barack Obama talks with Stephen Hawking in the Blue Room of the White House before presenting him with the Presidential Medal of Freedom in 2009.
Credit: Pete Souza – White House Photostream

“You are cordially invited to a reception for Time Travelers,” the invitation read.

“I am hoping copies of it, in one form or another, will survive for many thousands of years. Maybe one day someone living in the future will find the information and use a wormhole time machine to come back to my party, proving that time travel will one day be possible.”

Critics of this experimental design might argue that perhaps people in the future were able to build a time machine, and they just failed to know about Hawking’s party. This is plausible, but perhaps unlikely, as anyone researching how to travel backwards through time and space would almost certainly be familiar with the famed theories developed by Hawking. Hawking’s bestselling book, A Brief History of Time, has sold more than 10 million copies.

Like any reasonable scientist, Hawking didn’t contend that his experiment constituted incontrovertible proof that time travel can’t one day be possible. At the festival in Seattle, Hawking noted that fellow theorist Albert Einstein “seems to offer the possibility that we could warp space-time so much that we could travel back in time.”

But Hawking cited one of his many disagreements with this idea.

“However, it is likely that warping would trigger a bolt of radiation that would destroy the spaceship and maybe the space-time itself,” he said.